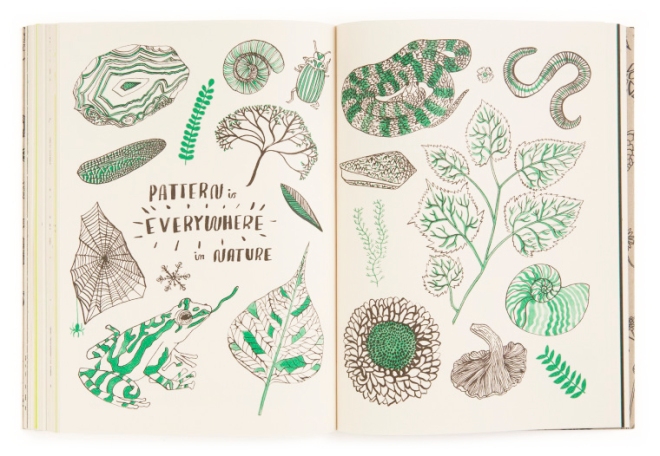 Today we had a talk from Indian born Nina Chakrabarti illustrator about drawing and what inspires her work. Visit her website here to take a look at her fun and joyful illustrations!

Back in her hometown Calcutta Nina really liked the hand-drawn and hand-painted signage everywhere. Some where painted straight onto the wall. This kind of signage is getting more and more rare in today’s world. Everything has to be able to be taken off and replaced quickly and easily. She also used to look at Russian children’s books and American comics which she found really stylistically inspiring. The Russian children’s books that she showed pictures of reminded me of Design For Today who also gets their inspiration from old Russian children’s books. (I interviewed the founder of DFT a few months ago for a project in Studio Impression.) 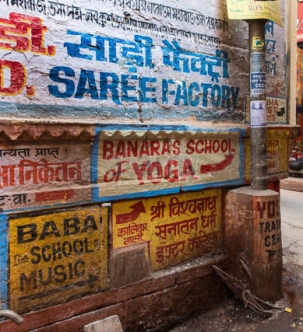 Later Nina moved to London to go to an art college. She lived in Brixton which reminded her of Calcutta. She often went to the market in Brixton and drew shops and people.

She went to Saint Martin’s Art School in London. She liked to spend time in the library and find new things in books, which is how she got really interested in line drawing. It has had a great influence on her work. Most of her illustrations that she showed us are line drawings. 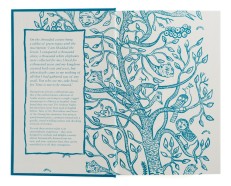 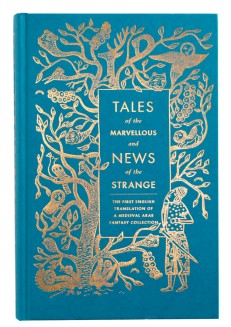 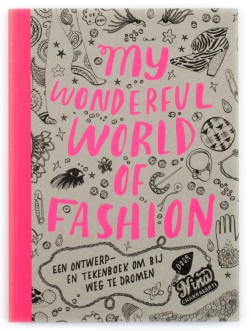 A book for drawing, creating and dreaming. Published by Laurence King, 2009 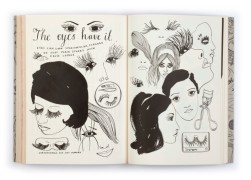 A book for drawing, creating and dreaming. Published by Laurence King, 2009

After her BA degree she found it difficult to get work as a freelancer. She felt like her style wasn’t really popular at the time. She did get some work but not enough to live on, so she had to get another job too. Because of that she decided to go back to uni and do a masters degree. That way she could be surrounded by like-minded people and explore more art methods. She said that this time she appreciated the resources available at the uni even more. That’s the same thing our teachers keep telling us. That we should take advantage of everything that’s available to us now while we can. You only realize the value of it after leaving uni when you don’t have access to all those things.

Since finishing her MA, Nina has done loads of book illustration and other illustration for different purposes. The project that I liked especially was one where she had done calligraphy characters to a brief that asked her drawing to embody lightness and dance. I really like a abstractness and the style of the drawings. That’s the type of illustration I could imagine myself to do! Simple, back and white line. These drawings definitely have a connection thought style to the other illustrations that I looked at a couple of weeks ago for CIP class, (see the blog post about that here).

Calligraphic characters used as watermarks on the menus at Spring, a restaurant in Somerset House. 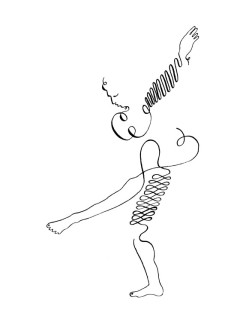 Calligraphic characters used as watermarks on the menus at Spring, a restaurant in Somerset House.

In the end of the talk Nina talked about collecting and making pictures about collections. She showed us pictures of collected items made by an artist who has inspired her. I strted thinking that I could actually use this in the cover of my CIP book. I could take a picture of art supplies that I have used in the projects and make it black and white, or I could just draw the outlines of the items. Unfortunately I can’t remember who that artist was that Nina talked about. I tried to find him on Google to see the pictures again but I couldn’t 😥 I still found some pictures that kind of show the same idea: 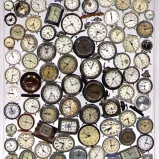 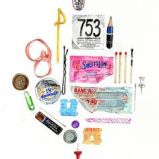 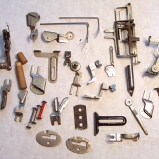 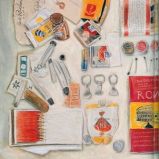 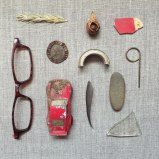 One thought on “Nina Chakrabarti”